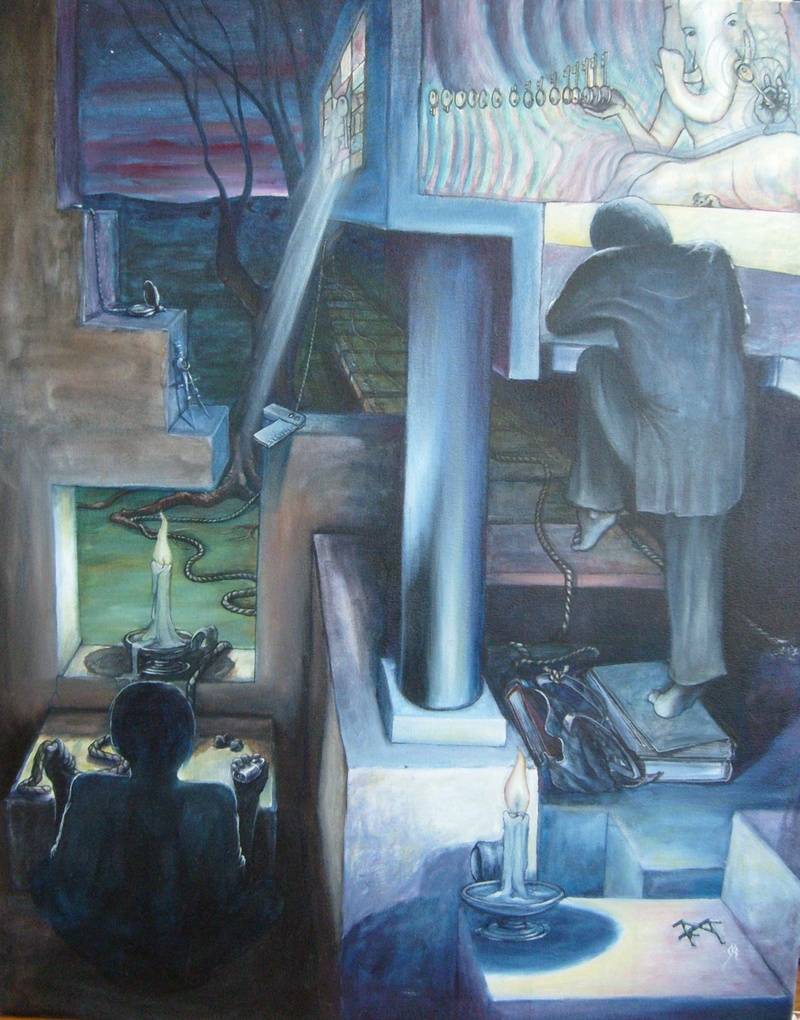 This painting is a metaphorical piece about the landscapes of the mind that occur during transcendental meditations. On the lower left a figure sits in concentration before an altar. In one hand is a lock, signifying a question or puzzlement, in the other hand is the end of a cord running along an inward path. Also some acorns on the altar imply a relationship with the tree that the cord ascends before crossing the multicolored bridge that the figure's double follows to a higher space upon a stack of books brought in the knapsack that the cord is tied to. The second figure passes a second candle, signifying another point of concentration. In the higher space sits Ganesh in an energetic form, holding the image of a key. This image projects through the window of the higher space, through a split in space and time, signified by the compass and square beside the pocket watch to return to the waiting figure below.

Oops, you forgot something.

The words you entered did not match the given text. Please try again.